Half-tracked vehicles are cool. If I could have any vehicle to tool around town, it would be a US Army M2 half-track, a Sonderkraftfahrzeug 11, Lenin’s Silver Ghost conversion, or some bizzare conversion meant for back country in the snow.

I’m also a child of the 90s, and back then Tyco / Tamiya sold a series of really cool remote control toys that included various buggies, a hovercraft, and some tracked vehicles, the most popular being the FastTraxx. But the fully-tracked FastTraxx isn’t a half-tracked vehicle; the coolest one was the HalfTraxx.

I had a Tyco HalfTraxx when I was eight, and after finding one at a flea market I had to buy this bit of my childhood. The bad news is that the treads had rotted away after three decades. The good news is that I now have a 3D printer and some CAD skills.

Consider this a proof-of-concept for 3D-printed tank treads. The treads were printed in TPU filament, slowly, at 240°C. It fits on the car, and the steering on the HalfTraxx is just as bad as I remember. This technique can easily be expanded to the vastly more popular Tyco car, the FastTraxx. 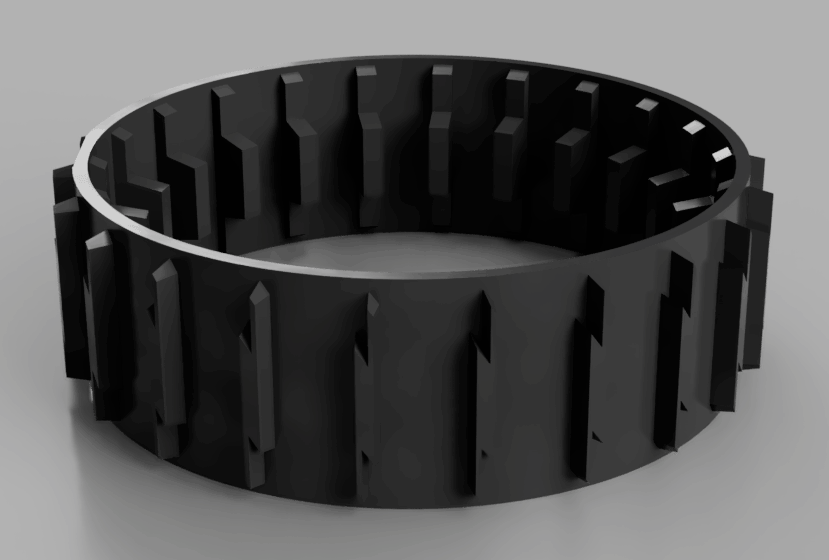 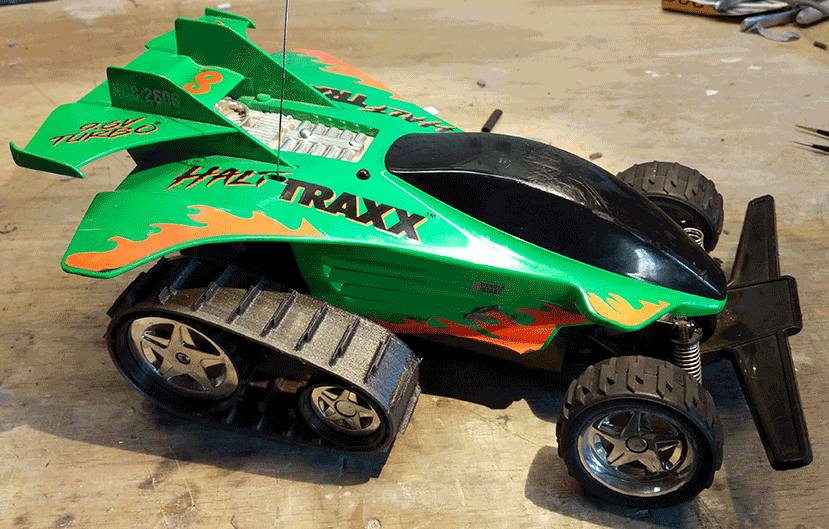 If Google has pointed you here during your search for 3D printable tank treads, the printable file is available on the git.