The Mr. Robot Badge was a series of ‘indie’ electronic badges produced for DEFCON 25 & 26 – and was featured on the official DC26 t-shirt. It was also featured on the Engadget writeup of the event. 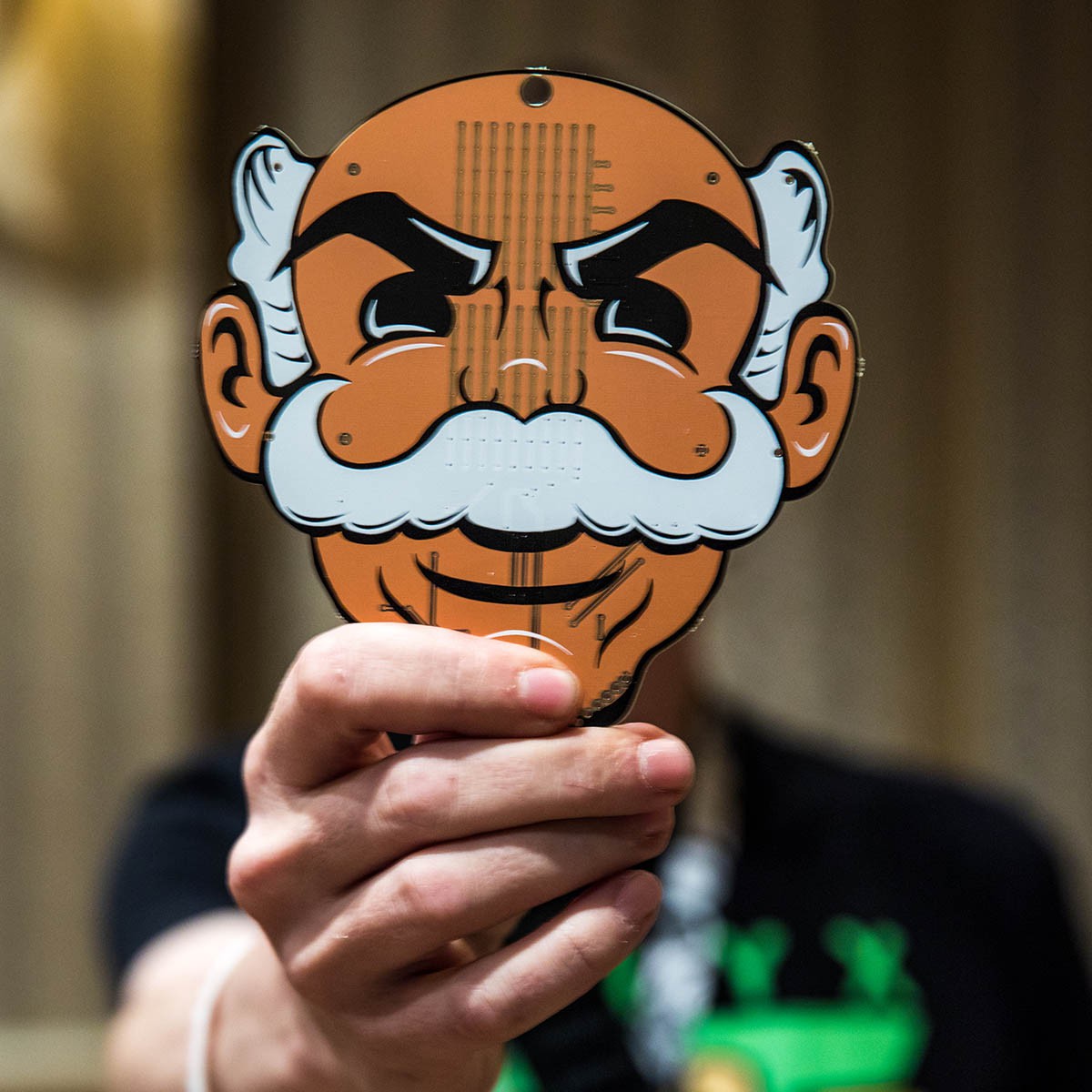 The idea behind this project was simply, “make a cool looking electronic badge”. Previously, all the badges were monochromatic – one color of soldermask, one color of silkscreen, and that’s about it. I wanted something slightly more colorful, and hit upon the idea of using clear soldermask, along with black and white silkscreen. This, combined with the popularity of the USA show Mr Robot during DC25, and the choice was obvious: I’d do the “not a Guy Fawkes mask” from that show. Here’s an idea of what the layer stackup looks like: 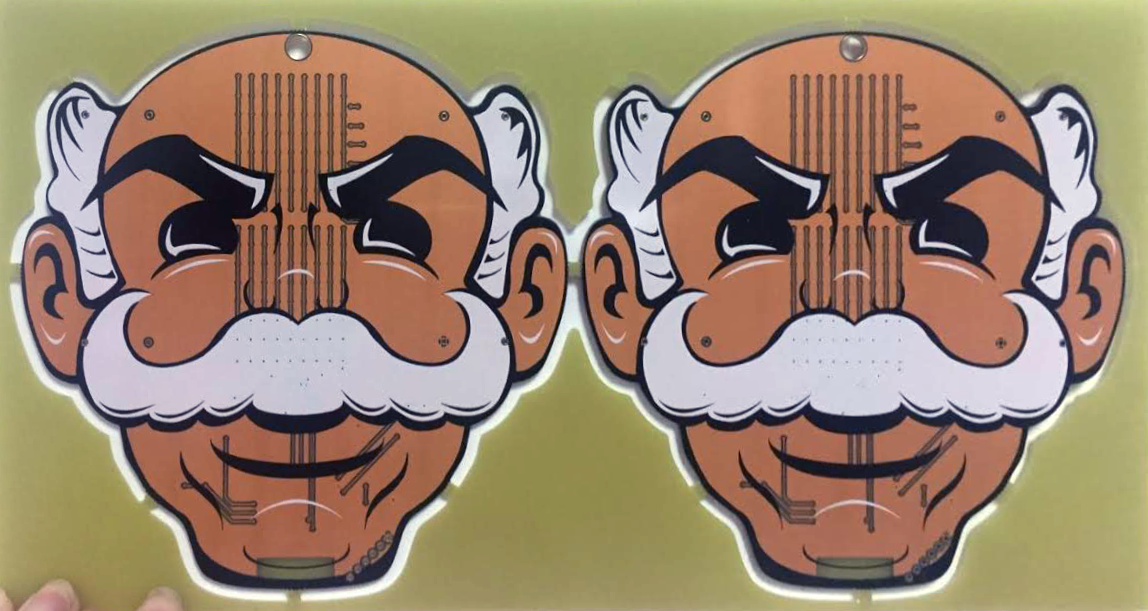 The electronics for the badge included an ESP-8266 with a LED matrix chip and enough buttons for a ‘Game Boy’ experience:

The design vastly improved for DEFCON 26. Before DC26, a new LED driver chip was released by ISSI, allowing for an 18x18 matrix. Of course I had to write a driver to get that to work, but the base project, for the most part, stayed the same.

One thing was added for DC26: Add-Ons. Along with other DEFCON badge creators, I created an implemented a standard for inter-badge electronics; the Shitty Add-On Standard. This allows a user to add ‘flair’ to a badge. I took this a bit further with a full-color add-on, the Tide Pod Blockchain: 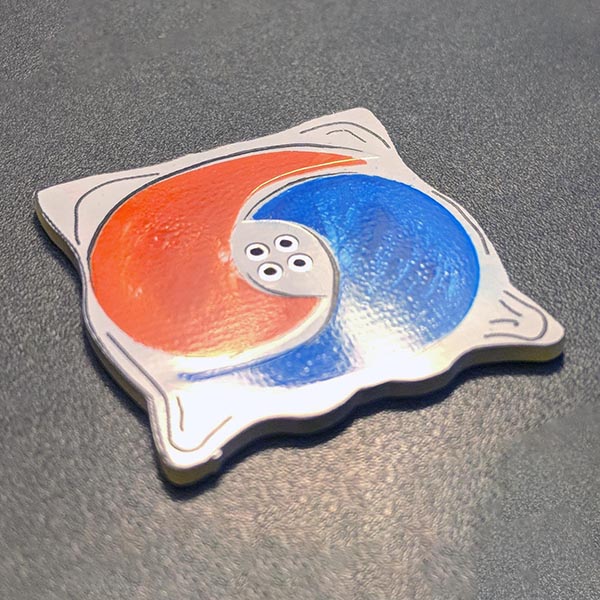 This add-on features dual-color printing via pad printing (although a panelized board could be done with a silkscreen process). On this small PCB is a serial EEPROM containing a unique serial number accessed by the main badge. The main badge reads this serial number and stores it in a linked list along with a hash of the previous item in the list. I made a blockchain out of Tide Pods and that’s just the coolest thing ever.

More information can be found in the Mr Robot Badge repository.