An experiment in high-density routing, the RGB Gaming Coaster drives 214 RGB LEDs in a package only 72mm in diameter. Because everything else related to computers is bedazzled with RGB LEDs, this is device is to be used as a ‘gaming’ coaster. 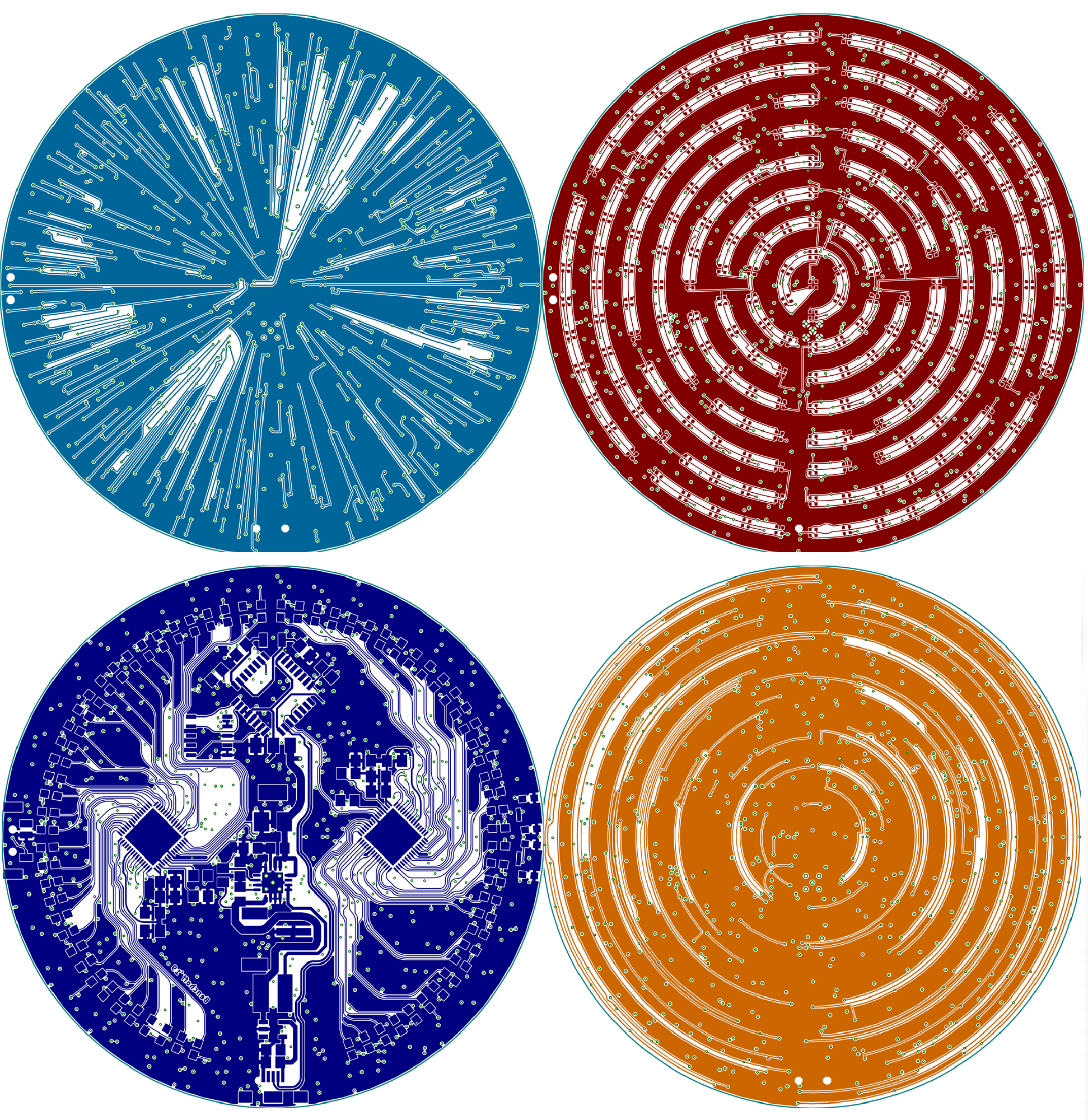 Because of the high density, a four layer PCB was used for the layout. Eletronics consist of two IS31FL3741 LED drivers, one for each half of the display. These drivers are controlled by a Microchip ATSamD21. Power is provided by a battery charging and boost circuit allowing the device to function away from a USB port.

The device uses the IS31FL3741 LED driver display library I wrote for an earlier project, and was manufactured by Macrofab (one of one ever produced).

More information can be found in the RGB Gaming Coaster repository.